In 1989 after a 16 year hiatus Nissan brought the Skyline back in to production, the R32 GTR (BNR32) was originally built to compete in Group A racing and with most racing series this required a homologation road going version of the car intended for track. 510 cars were originally introduced but with “Godzilla” doing so well on track the demand for road going versions grew immensely!

The legacy continued with the R33 (BNR33) and onto the car we have before you today the R34 (BNR34) and of course finally onto the newly produced “GTR” or R35 to be technically correct. 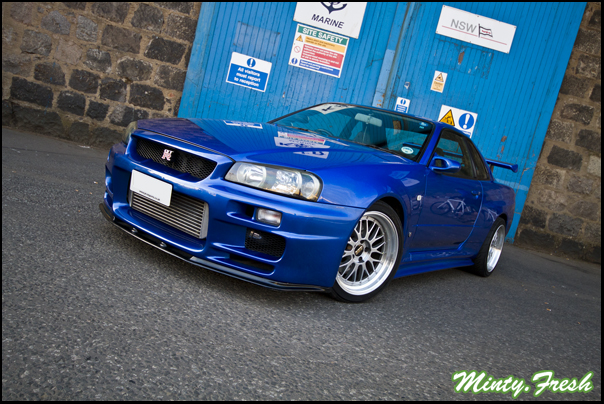 Alot of GTR owners will argue which is the best of the bunch, but for Lewis Petrie there was only one!

A little background before we continue, Ive known Lewis for the best part of my life, he was one of my brothers friends and we spent many weekends playing playstations, mainly Gran Turismo.

This is where it leads today for me I always wanted an Evo III and Lewis an R34 GTR.

Having owned his Evo V for a couple of years he decided he wanted the car he had lusted for since being 10 years old.

Working offshore has its advantages too and has helped Lewis get his dream, with the help of Jurgen at JM Imports too of course.

He started the hunt back in 2011 for a decent spec GTR, it didn’t take Jurgen long to find this 1999 Bayside Blue V-Spec. JM Imports had their man in Japan check it out and email a load of pictures back to Lewis to view.Lewis snapped at the chance to get the car and it was bound for the UK by boat just like that!

With the car bound for the UK, Lewis set about getting some nice touches for the GTR

HKS Hipermax coilovers keep the car firm and add a little bit of lowness to the car, although it doesn’t look amazingly low the car still scrapes on speed bumps but Lewis assures me it will be going lower!

The interior gets some added AutoMeter pillar gauges

Along with what can only be desribed as THE greatest of all in car data screen’s, many harp on about the GTR’s display but was and still is ahead of the game for in-car monitoring.

It has every thing you would ever need to monitor on one screen as standard! amazing!

The car sits on BBS Le Man wheels in a manly 18″ diameter, anything else would just look lost imo. 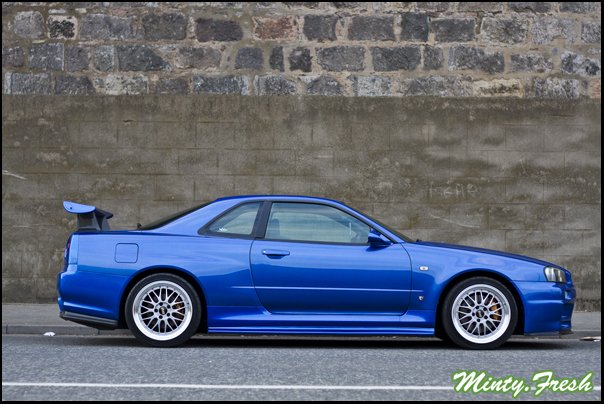 Lewis has plenty of plans for the future too, some are “Top Secret” but he does intend of adding some ARC goodies and a titanium strut brace. An interior retrim is on the cards too. 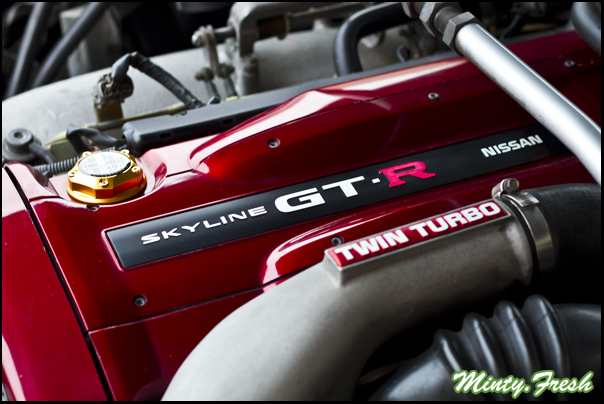 One thing is for sure though, Lewis has no intention of selling his GTR. 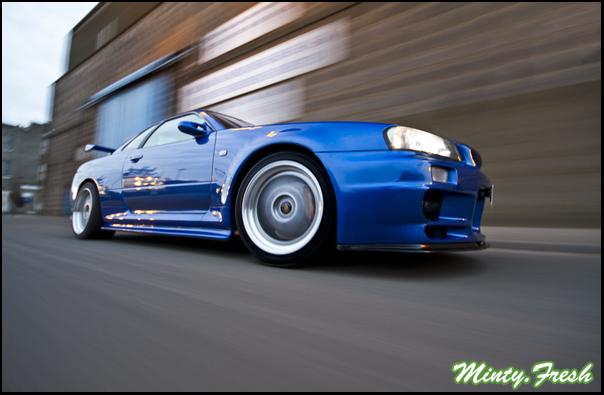 Dreams can come true if you work hard!